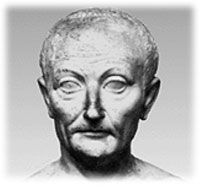 Ovid was a Roman poet who was born in the last year of the Roman republic.

His “Metamorphoses” is a narrative poem which recounts legends and he recounts the story of when Alcmena tells of Hercules’ birth and Galanthis’ involvement.

The goddess with power over the womb leapt up in consternation, releasing her clasped hands: by releasing the bonds, herself, easing the birth. They say Galanthis laughed at the duped goddess. As she laughed, the heaven-born one, in her anger, caught her by the hair, and dragged her down, and as she tried to lift her body from the ground, she arched her over, and changed her arms into forelegs. Her old energy remained, and the hair on her back did not lose her hair’s previous colour: but her former shape was changed to that of a weasel. And because her lying mouth helped in childbirth, she gives birth through her mouth, and frequents my house, as before.’

From what I can gather, the ancients noticed that weasels used to carry their newborn kits around from spot to spot in their mouths and because of that, they thought that the weasel gave birth through its mouth!

This is the same legend as mentioned in the Weasels in Ancient Greece page under Heracles.

Pliny the Elder was born in present-day Como, Italy, to a wealthy family. Only his Historia Naturalis still exists out of the seven works attributed to him. He died on August 24, 79, near Vesuvius during the eruption. 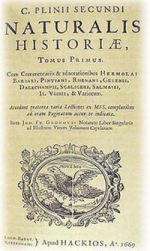 In this masterpiece, Pliny gave advice on ways to help childbirth and ease labor pains.

A drink sprinkled with powdered sow’s dung will relieve the pains of labor, as will sow’s milk mixed with honey wine. Delivery can also be eased by drinking goose semen mixed with water of the liquids that flow from a weasel’s uterus through its genitals.

All I can say to that is that I’m extremely glad methods for childbirth have changed over these past 2000 years! Give me an epidural any time over goose semen!

Yet during medieval times when bestiaries were produced, they maintained that the weasel is the only animal which can fight and kill a basilisk (usually described as a crested snake, and sometimes as a cock with a snake’s tail).

Surely they confused the weasel with the mongoose in this instance?!

Pliny also stated in Book 8, 41 that “If a weasel is injured in a fight with mice while hunting them, it cures itself with the herb rue.”

Back in Aristotle’s day, he reckoned that weasels ate rue before fighting with snakes …!

I do wish those ancients got their stories straight! I have no idea who is right or who got it wrong

In it, Bettini talks about the fact that domestic weasels were often kept as mousers or to kill snakes in ancient Greece and Rome, and in another section describes the weasel’s “strange dancing behavior” as a result of a ‘parasitic cranial infection’!

Would the ancients have misunderstood the weasel wardance or was it really caused by a parasite?

I came across this wonderfully quirky website on weasels the other day and it talked about this very subject, discussing the possibility of the weasel dance being the result of nematodes which are lodged in the weasels’ sinuses.

What a perfectly ghastly thought … worms finding their way from the weasel’s stomach to its brain. Gawd! 😮 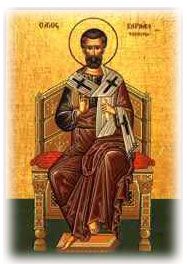 This epistle was written by an unknown author, apparently in reply to a Jewish resurgence in the first half of the second century.

Although believed to be authentic by the early Church fathers, it was said to be aprocryphal by Eusebius.

I feel so sorry for our mustelids, always getting a bum rap and being accused of “uncleanness”, impurity and all the other rotten adjectives.

Ovid and the legend of Heracles talk of weasels giving birth through their mouths and here, old Barnabas accuses the animal of conceiving with its mouth.

What a much maligned little animal.

Return from Et tu, Mustela! Weasels during Roman Times to All About Ferrets