According to James McKay in his book “Complete Guide to Ferrets”, actinomycosis in ferrets is a hard swelling of the neck, probably caused by abrasions to its esophagus, usually by feeding the ferret too many day-old chicks in the diet.

However James G Fox, an English vet, has a different opinion. He says in his book that “feeding ferrets on carcasses with bones may increase the likelihood that actinomycosis, if present in oral flora, could infect animals through cuts and abrasions created by the sharp, jagged end of bones.”

I confess to never having come across it here in Australia but then I don’t feed my ferrets day-old chicks!

Some of the symptoms include:

It is usually cured by injections of cephalosporin and the ferret will probably have to be fed a liquid diet until fully recovered.

Extract from the book «Biology and Diseases of the Ferret» edited by James G Fox, Robert P Marini … 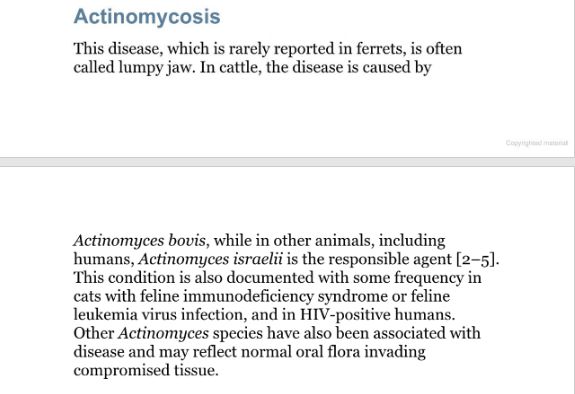 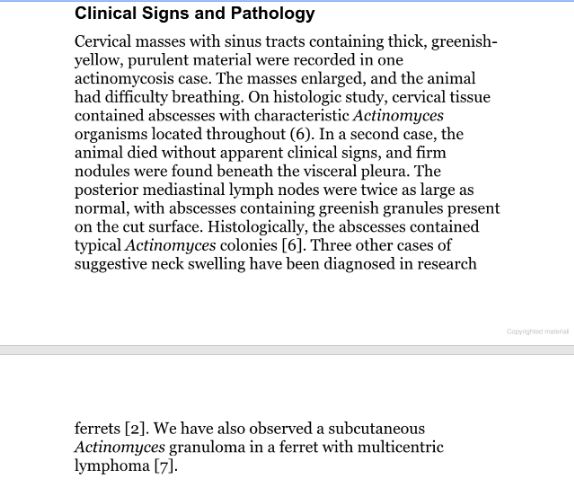 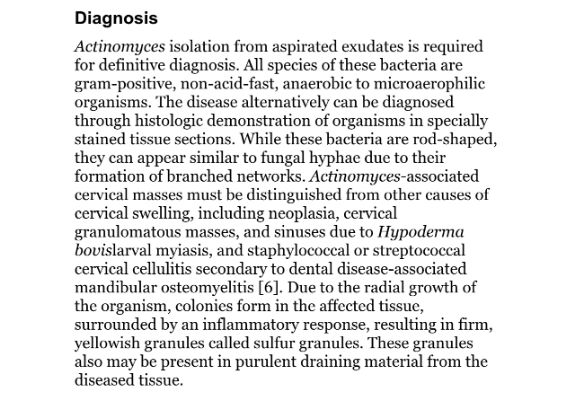