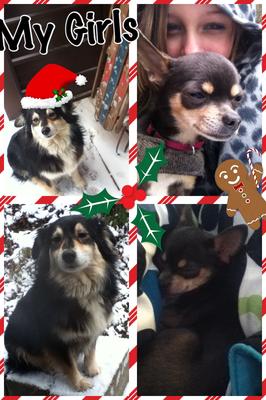 Those are my 2 dogs

OK, so, I am 12 years old and will be 13 this year in November and I’ve wanted a ferret for 3 months now. And I’ve only asked 3 times.. So, I know I’m not pressuring them, and I really want one. I have the money! I’m getting mine from a rescue area which will be about 30-50 dollars there.. and I can pay for the food, litter box, beds and toys.

My brother (who is 22) wants to buy me an AWESOME cage! It’s almost as tall as I am!! Anyway, I have 151 dollars. So, I can cover all of that. But, they just say no because Pam, my stepmother, is in charge and my dad won’t stand up to her. She just says no every time because she thinks I’m irresponsible with the 2 dogs I have now because she always has to remind me, but if she would just give me a second to think!

But, one time she said it was under consideration and just for actually putting it “under consideration” I cried my eyes out of happiness of the thought of her even saying yes! I just don’t know what more she wants out of me! Sorry, I’m Irresponsible? Or just a normal 12 year old that needs a second to put my stuff down, get my planner signed and take my cans downstairs, (I cash them in for money) THEN feed the dogs, instead of her reminding me the second I put my stuff down.