When our son, Nicolas, had his first hockey match in the Year 9 team, I naturally planned to go and watch the game. However I had to take Mash, our little albino, to the vet beforehand so she was with me when I went to support the team.

She was such a hit with the boys that I was asked to bring her again because not only did the team love her, the opposition was so fascinated by her presence that they concentrated more on keeping their eye on what she was doing instead of the game!!

So from the first game on, Mash and I were there to whoop and holler and the boys’ Phys Ed teacher officially declared her the team’s “mashcot” – tee hee 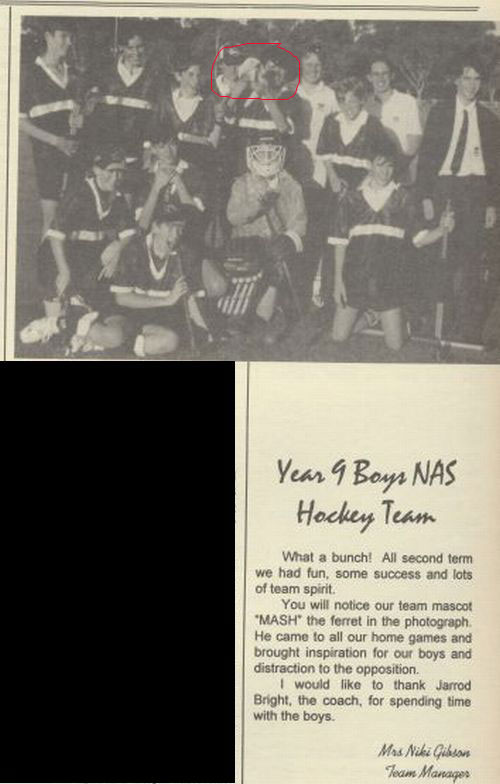