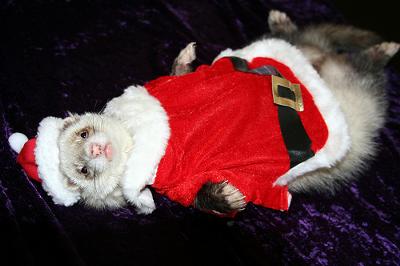 I got my first ferret in 1984 and he died in 1999. Yes I know ferrets are suppose to live 7-10 years but Ichabod lived till he was a tired 15 year old man. Just like any animal we had a lot of fun and it was heart breaking when he passed. I had him through the Army (he never made it past a PFC) and years afterward.

I now have two more, Rufus 3 years and MoMo 2. They’re a lot of work, and aren’t cheap… but they’re the most hilarious pet there is. You’ll have HOURS of laughter watching and playing with them.

Every day I let them out a few times to play and it’s hard to find sitters whom you can trust with the little guys.